“The truth will set you free. But first, it will piss you off.”–Gloria Steinem

Posted on January 2, 2013 by bonnevivantelife 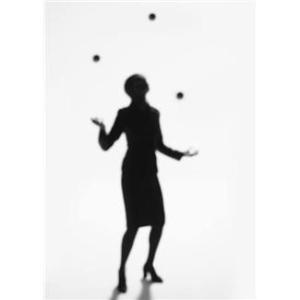 A friend recently shared an Atlantic article from summer 2012: “Why Women Still Can’t Have It All.” An oldie but a goodie.

As is usually the case, the universe was speaking to me. I had been struggling with a career decision and I needed to make a decision within a day or two. I had been offered a promotion. The obvious perk of more money is nice, but money is not a driving factor in my life (some days it’s clear that’s a major flaw–especially on the days I’m jonesing for new shoes). The job itself was appealing, challenging, important. And a nice step up. A recognition of all my hard work and a culmination of my career goals. I have always been driven by career–it has been a huge part of my identity from birth.

As life happens, I took on other parts of my identity through the years. I’m a single mother of two. And I make sure to take time to do things that nurture me, not only as a mother or a professional. But carving out time for my interests and things that feed my soul. So I’m busy, but through the years I’ve managed to create a nice cadence to our chaotic lives. No one’s ever perfectly groomed, but we’re fairly well-mannered and well-fed. Usually no one is bleeding, or at least there are no gaping head wounds. It’s a good life.

And then I had the good fortune to be considered for a promotion. Can’t go wrong here, right? Well, after much soul searching, I realized I had to listen to my gut–the voice screeching “NO!”

I had been trying to ignore it. Because I’m good at ignoring my gut. Because I’ve worked so hard in my education and career that of course I had to take this opportunity. Because I’d be a fool to pass this up. Because I WANTED this job. But then I had to stop and look around. At who I am today and what my life looks like. Today. Not ten years ago, not 20 years in the future. But today. And today, I can’t have it all. I have mentored young women, telling them the notion of balancing our lives is a mistake, as it implies holding it all at once without dropping anything. But instead, it’s a juggling act–that we throw some balls into the air for a time while holding others, and the priorities rotate and take turns through our lives.

Just because I tell people that doesn’t mean I accept it easily. I realized where my life is right now, taking this job would not be a good idea. Not for my sanity and not for my kids’ well-being. I am grieving over letting go of the notion that I could have it all. That societal expectations (that if I’m ambitious and smart and driven, I should take this job) collide with real life. That I’m not helping the feminist movement progress any further by turning the promotion down. But my kids need me, and I need them.

So I’m really sad right now. I’m building up the courage to turn the promotion down. I know it’s the right thing to do, but I’m sick to my stomach right now. Plus my pants are too tight from too much holiday eating, but that’s neither here nor there. I need to be brave enough to not force myself into the mold of societal expectations. I need to refuse to feel like a failure or a slacker if I choose my kids and my quality of life over the job. I need to remember I am still ambitious and smart and driven. And I’m courageous. And really, really sad.

18 Responses to “The truth will set you free. But first, it will piss you off.”–Gloria Steinem