Where are you from?

Posted on August 27, 2018 by bonnevivantelife 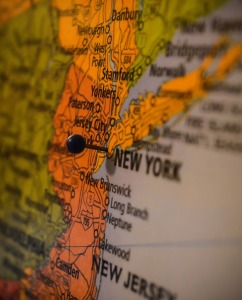 “North Jersey, right outside of NYC,” I’d always reply. I know what people mean when they ask me. Inevitably, they always follow up with “No, I mean where are you REALLY from?” At which point I’d say, “Oh, right. I was born in Texas, but I grew up outside of NYC, and that’s really where I feel like I’m from.” The questioner would usually be very irritated with me at this point, and he/she would ask, “I MEANT, where are your parents from?”

And I MEANT to make you feel uncomfortable and I MEANT to make it difficult for you. Because no one ever asks a Caucasian where they’re REALLY from. No one asks a Caucasian WHAT you are. No one ever guesses what European country a Caucasian might have ethnic ties to. But me? I’m like a party game. My entire life, people ask, “What are you?”, “Where are you really from?”–like I don’t belong here, like I don’t have a legitimate right to be a human from this country. People throw out different Asian countries in the hopes of getting it right, like there was a prize or fortune cookie if they nailed it. My entire life, people have asked me “to say something in Chinese” like I’m their circus animal who will perform tricks upon request. And when I refuse to play along, they get irritated. I’m labeled hostile, difficult, too serious.

I’m labeled a lot of things. As a model minority in this country, I’m told I should be grateful that stereotypical assumptions about me are largely positive. That I’m smart, that I’m good at math and science. That I can play the piano. That I’m quiet and agreeable and subservient. That I’m hypersexual. That I’m hard working and obedient and won’t cause trouble.

When I’m asked WHAT I am, where I’m REALLY from; when I’m automatically met with a set of neatly packaged assumptions and expectations before I open my mouth, I am automatically denied my humanity. I am not seen as a whole and valid human being deserving and worthy of occupying the same space and rights as others.

So a funny thing happened when I saw the promotion and marketing around Crazy Rich Asians. I was fascinated by all the promotion–the interviews, the fashion walking down the green carpet, the social media hype. When I finally went to see the movie, I found myself literally smiling through the entire thing.

Because along with the positive stereotypes, I was also always told that “I look exotic,” and it was apparently supposed to be a compliment instead of an adjective for birds. But looking “exotic” also meant my flat face and wide cheekbones and “single eyelids” were different, not pretty. No one was trying to look like me. No one graced red carpets or catwalks or magazine covers like me. No one played major roles on the small or big screen that looked like me unless he/she was a token doctor, nerd, restaurant owner, or hooker. Caricatures.

Yet these actors and actresses in Crazy Rich Asians–they were strutting down the green carpet unapologetically in their haute couture, their sparkly jewels, their wide cheekbones, their single eyelids. In the movie, Chinese pop music is PART of the soundtrack, not just a token song playing in the background of a karaoke bar. The movie set and costumes and location were glamorous and it was not a historical martial arts or gangster movie that caters to stereotypes. This was unapologetic ownership of who they are, who I am. Of their cheekbones and eyelids. Of their names that don’t fall easily off the tongue, of their family dynamics of saving face. These people who look like me–they were not quirky supporting roles–they WERE the story.

This movie was about relationships and love and family and connections. It was about BEING Chinese, and being HUMAN. It reminds us we are more the same than we are different. So why does it bother me when people think I’m hostile or too serious when I grumble about racial bias and stereotypes, yet at the same time, why am I celebrating our differences in this movie? Why does it sound like I’m saying this movie is a big deal, yet I also say this movie is relatable to all? Because the significance lies in its insignificance.

Because when the larger culture dehumanizes me, I will not be obedient and quiet. The very proof of my existence, my birth certificate, stripped me of my humanity literally the second I was born. Under race, my parents are “yellow.” I’d like to note none of us were jaundiced. I was denied my personhood when the ruling institutions told me my value is a color. 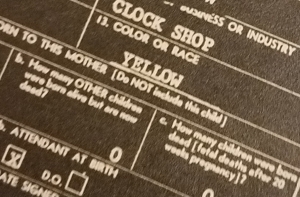 2 Responses to Where are you from?